The Ancient Egyptians made offerings to their deities on altars in offering halls located outside the sanctuaries of temples. Some altars might also be placed in other courts and halls in the temple complex. The altars were various sizes; some quite large, carved and decorated square blocks, others small and table-like.

Bas-relief and other decorations within the offering halls, or wherever the altar might be located, generally showed the Pharaoh making offerings in a kneeling or bowing position before the deity of the temple. In return the deity would provide an answer or gift to the Pharaoh, as described in hieroglyphics.

The common people of Ancient Egypt would bring their offerings to the temples for an initiate or lay priest to take their offering to the deity, place it on an altar. The people would often have small shrines within their homes for the deity with the qualities they needed most and whom they wished to honor. This might be Horus for strength; Aset/Isis for magic, love, feminine mysteries; Osiris for fertility; Thoth for wisdom; Ma’at for justice; Hathor for beauty; or Sekhmet for power.

Just a quick clarification: A shrine is a place (private or public) where something is worshiped, enshrined. Altars are a specific structure (table, stone, block) where offerings are made and magic is worked in communication with a deity or Higher Power. Also, a small shrine can be placed on an altar.

Creating your own altar can be as elaborate or simple as you like. The most consistent components found in the creation of an altar are the following:

The focal point can be a picture or statue of a deity,  person, or entity whose qualities inspire you; or it can be something symbolic such as a mandala, prayer, or affirmation. For my altar, I have two deities, one representing the Divine Feminine and one representing the Masculine. In addition, a Sacred Animal Guide is part of my altar.

Colored cloth on the altar can symbolize:

Suggestions for offerings: A copper or stone bowl, or manzanita burl, can be used as a container to place your offerings:

Items from nature are commonly placed on an altar; for example herbs, flowers, stones, shells.

An altar can also be created outdoors, for example at the base of a large old oak tree. Your intention in the creation of an altar is a key factor; inspiration is another key. It is always important, whether inside or outside, to choose a harmonious and peaceful location where natural forces can contribute to the energy.

After the altar is built, you can energize it by using rituals that have meaning in your life. You might bring a small offering, such as a fresh flower; you can light a candle to begin your prayers. Burning incense or a smudge stick can help to focus your energies. Have a sip of wine from your chalice.

There are often so many details written about how to build an altar and it does not have to be complicated. Feel what speaks to your soul; what are the images, symbols, objects, offerings, colors which instinctively ring true to you? The essence of creating a sacred space, an altar, is a spontaneous feeling of knowing and acknowledgment, which is how we resonate with the core of our lives, our souls, and the Divine Mother. 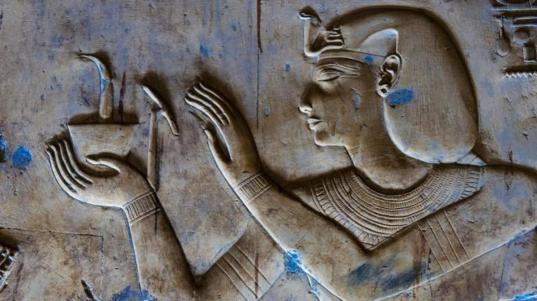