As written in the Cairo Papyrus Ancient Egyptian Calendar, October 15 is the “day of the appearance of the eight great gods” called Ogdoad, or sometimes Ennead. They are the original “company of gods” or paut neteru, represented by nine axes. 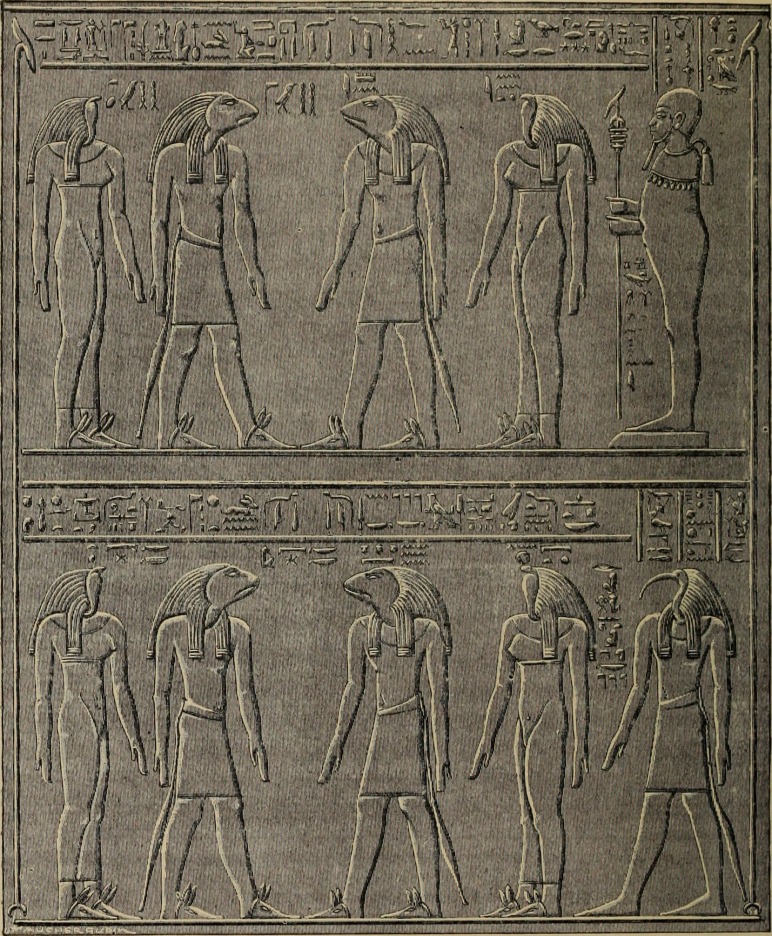 The eight deities were arranged in four male-female pairs, the female names being female forms of the male names. The male Gods have the head of a frog and the female Goddesses have the heads of a serpent. Their names are as follows:

Nu and Nut generally mean sky and water, and it seems clear that they represent the primordial waters.

Ḥeḥ and Ḥeḥet are more obscure; however some believe they indicate “eon” or they may be a personification of the eternity, as the atmosphere between heaven and earth.

The names of Kek and Keket are written combining the sky hieroglyph with a staff or scepter used for words related to darkness and obscurity, suggesting that these gods represent primordial darkness, but in some aspects they appear to represent day as well as night, or the transition from night to day and from day to night.

For the fourth pair, the common meaning of qerḥ is “night”, but also suggests the principle of inactivity or repose.

These are the primordial Gods recognized by the Ancient Egyptians and we celebrate their visitation to Hermopolis as well as their representation of Water, Earth, Heaven, and Eternity!