Today, the shortest day of light and the longest night of darkness, Atum-Re meets me in various forms.

To begin, Atum-Re’s namesake, Re, greets me in the morning as he lounges on one of the solar arrays that grace and sustain our sanctuaries. Re loves to catch every bit of warmth and light from the sun (Re) on this cold short day.

Kek, the frog God, who should be hibernating during this time of year, surprises me with a soft “ribbit” as I pass a new rainwater pond on my daily walk. As I say “hello Kek” there is an answer with a chorus of songs from dozens of frogs. Frogs are not known to be out and about on the Long Night and coldest days. As mentioned in a previous post, Atum-Re  is associated with many animals and entities including the Sun, the Goddess Wenet and the God Kek.

Further along my walk, my friend Wenbunny (Wenet Bunny) greets me, as he/she has regularly done for the last month or so. During this time of long nights and cold short days, why does this hare show itself to me on so many walks during the cold sunsets of winter? As mentioned above and discussed in the posting on the Hare Goddess Wenet, she/he is described in a portion of spell 17 of the Book of the Dead as “Swallower of Myriads’ who dwells in the Lake of Wenet.” Spell 17 goes on to identify the dweller in the Lake of Wenet as Atum-Re, the creator of all.  To “dwell in the Lake of Wenet” means to live renewed, revitalized, to be reborn, and to live after death. Perhaps Wenbunny is reminding me that although it is still growing colder, we are now at the beginning, again, of the time sunlight (Re) is renewed.

It seems that Re, Kek and Wenbunny are out sending clear signs that with this Full Moon and Winter Solstice, it is now the beginning again, a time of renewal and rebirth. 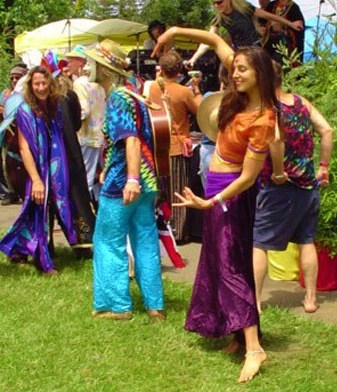 A guide for channeling the light of Ra into the mind, body and spirit; achieving a state of heightened health and serenity.
A Non Profit 501(c)3 Religious Organization