As we look to the sky during this time of year, we see the constellation Orion directly above at midnight.

Orion was to the ancient Egyptians (and to many of us) the most distinctive of all the constellations in the night sky. It rises directly before the adjacent star Sirius. Orion was imagined as being swallowed at dawn by the Underworld but had the power to emerge again into the night sky.

The three Pyramids of Giza are a perfect reproduction of the three stars of Orion’s belt. Like the pyramids, the three stars of Orion are not perfectly aligned, the smallest of them is slightly offset to the east. All three are slanted in a southwesterly direction. Their orientation to the Nile recreates Orion’s orientation to the Milky Way. The layout of the pyramids, and their relative sizes were a deliberate design plan. The pyramids were a replica of Heaven on Earth (The constellation of Orion).

The god Sah and his consort, Sopdet, better known by her Greek name, Sothis, personified the constellation of Orion and the bright, first magnitude star Sirius. Their son was Horus Spd, another astral deity. They came to be viewed as manifestations of Osiris and Isis.

In the Pyramid Texts, Sah/Osiris is called “father of the gods.” The deceased king is said to enter the sky “In the name of the Dweller in Orion, with a season in the sky and a season on earth.” In these early texts the king is told, “You shall reach the sky as Orion, your soul shall be as effective as Sothis.” Orion (Sah/Osiris) is said to row towards the stars in a boat, where he is surrounded by stars as he sails across the sky in a papyrus skiff.

With great astronomical precision, the pyramids were created to serve as the pharaoh’s gateway to the stars. 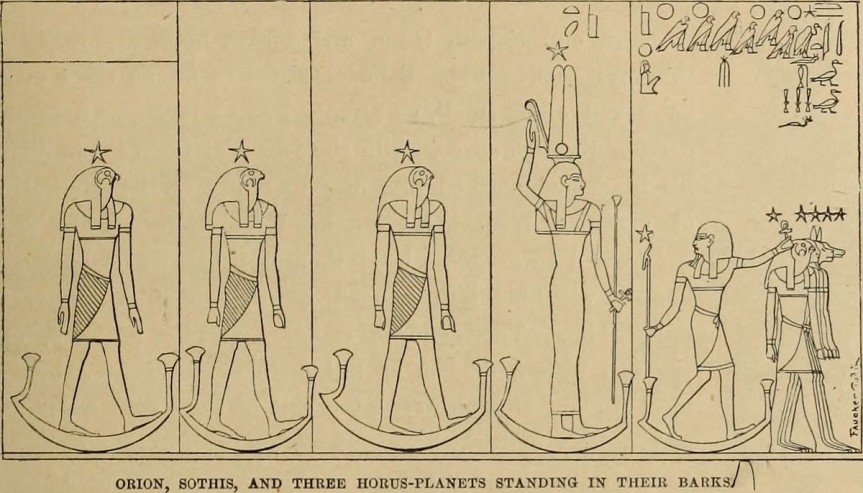 “O King, you are this great star, the companion of Orion, who traverses the sky with Orion, who navigates the Duat with Osiris; you ascend from the East of the sky, being renewed at your due season…….”
~ Pyramid Texts Utterance 466

Here is a newly supercharged with vibrational transference and Reiki Energy Crystal Blessing Kit! This kit includes the natural crystals and stones shown in the pictures: Quartz Crystal – Clear quartz helps to elevate your consciousness and bring clarity into your life. It is clear light, cleansing and purifying energy fields.