The Goddess Bastet was originally depicted as a savage lioness warrior goddess (circa 3000 BCE) who had the role of protecting the Pharaohs. After 1000 BCE, the Egyptians altered her image to the body of a woman and the head of a cat. Along with her change in appearance, she was also transformed into a peaceful deity. Instead of protecting Pharaohs, she was now a protector of all households. Families soon began to invite cats inside their homes, thinking that they brought with them the spirit of Bastet. They worshiped these cats because they also hunted mice, snakes, and other pests that ruined their crops and their perishable goods.

The Egyptians had an explanation for why she was transformed from a savage beast to a fertility and music goddess. Bastet was the daughter of Ra, the sun god who was vengeful. From him she got her aggressiveness. The Egyptians suspected that Ra sent young Bastet to Nubia as a lioness in isolation. There she was able to let out her rage, and then wander back to Egypt as a docile cat.

Bastet was highly respected. She was seen as defender of the king, and consequently of the sun god, Ra. Bastet was associated with the Eye of Ra as well as the Eye of the Moon. She safeguarded against contagious diseases and evil spirits. In all of her many roles, she is best known as the Goddess of Protection.

Here at our Sanctuary, our refuge of rescue for all living creatures, we honor Bastet for all of the protection she has provided us through the years. One of our first temple spaces, the Bast House, was dedicated to her.

To Bastet who grants blessings of protection, we offer our praise:

O mighty Eye of Ra, O Eye of the Moon, O slayer of the serpent,
Mistress of Bubastis, your city of famous name:
well-honored you were in the fairest of temples,
well-loved you remain throughout all the world.
Preserver against all ills that plague us,
Protector against all foes that imperil us,
Yours is the care of humanity, our shelter and our shield.
Yours too is the sistrum, the sweetness of sound,
the joy and the pleasure of dance, the delight
of good company, laughter and song; O goddess
of merriment and mirth, we thank you for friendship and good cheer,
for respite and rest, for the comfort of love.
You the Defender of the good and the right, We honor you, O goddess.
You the Devourer of evil and disorder, We honor you, O Bastet. 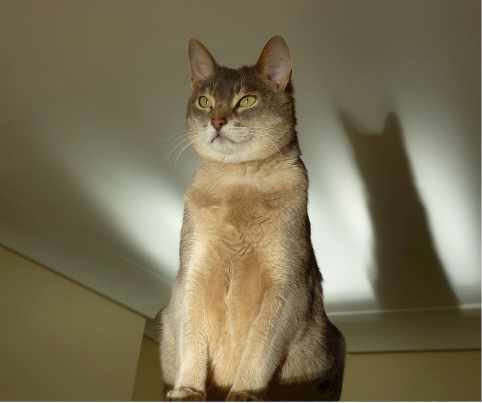